Many criticize Lucky Star for not being funny, but what these people miss is that it’s more concerned with being relatable through exploring its characters rather than making jokes.

There are times when it makes sense to judge slice of life on how funny it is, such as when looking at an anime like Azumanga Daioh–a sketch comedy show that makes that fact clear with repeating jokes, nonsensical detours, and of course, titled sketches.

Lucky Star is divided in a similar way, but instead of sketches, the audience is treated to scenes focusing on moments in the relationships of its characters. What it does better than almost any show is navigating each character’s personality through the mind of another. It’s a cliche in anime for one character to react to another’s blunder with hyperbolic yelling, but in Lucky Star we often get a nuanced thought or prediction. For example, there is a scene in which Tsukasa begins texting Miyuki, and Kagami sees that the combination of Tsukasa’s unperceptive persistence and Miyuki’s politeness will lead to a situation in which Tsukasa texts Miyuki non-stop with Miyuki unable to end the conversation. This is a rather complex thought, but it’s communicated simply by Kagami saying “I don’t think that’s such a good idea… Miyuki is too nice”. It’s the kind of moment that I would expect in real life.

This isn’t to say that Lucky Star never has sketch-like moments or that Azumanga Daioh never dives into its character’s minds, but that the goal of each show is different, and the proportion of jokes to character moments respectively reflects that.

Further supporting that Lucky Star is more of an exercise in relatability than comedy are its references. When the writers created the scene in which Konata mentions that she has to catch the new Haruhi episode, I don’t think they expected the viewers to “HAHAHAHA” until they couldn’t breathe. More likely is that they expected them to crack a smile and think “Hey, I watched that anime too”. The show isn’t any worse off for doing this instead, though, because it’s a cool feeling to see a fictional character like the same show as you. Not just anime in general, but LITERALLY the same show, because it exists in their world too.

There were several times in the show when the animation style would change drastically and I could tell that there was a reference being made. I didn’t get pretty much any of them (besides Haruhi, GunBuster and Full Metal Panic, and those last two were dumb luck), but even if I had, I don’t think they would have made me laugh, I just would have appreciated them more because they were familiar. That’s what references do after all; they play off familiarity bias; you like it because you’ve seen it before.

This post goes out to one of the three incredibly low featured MAL scores for Lucky Star. It’s fine not to like the anime, and it’s even okay to dislike it for not being funny, but you might enjoy the show more if you understand it’s not trying to be funny. This is ironic coming from me, as someone who would tell you  “creator intent doesn’t really matter, it’s what you get out of the art that matters”, but that’s precisely my point. To get more out of Lucky Star, stop focusing on why it’s not making you laugh, and look at how nuanced it gets with its characters and how it reminds you of you and your friends, or see if any references you catch give you a warm sense of feeling understood. If these things don’t do it for you then more power to you in your 2/10 score, but I can’t rest in peace until I know that you know that Lucky Star isn’t trying to be a comedic masterpiece. 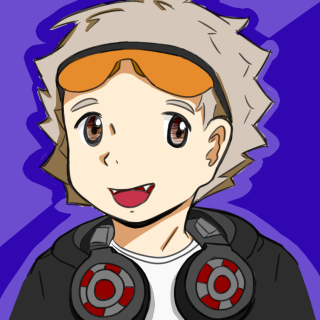 Hi, my name is SpasticSurgeon, and I like analyzing anime.